I Saw Them Ride Away 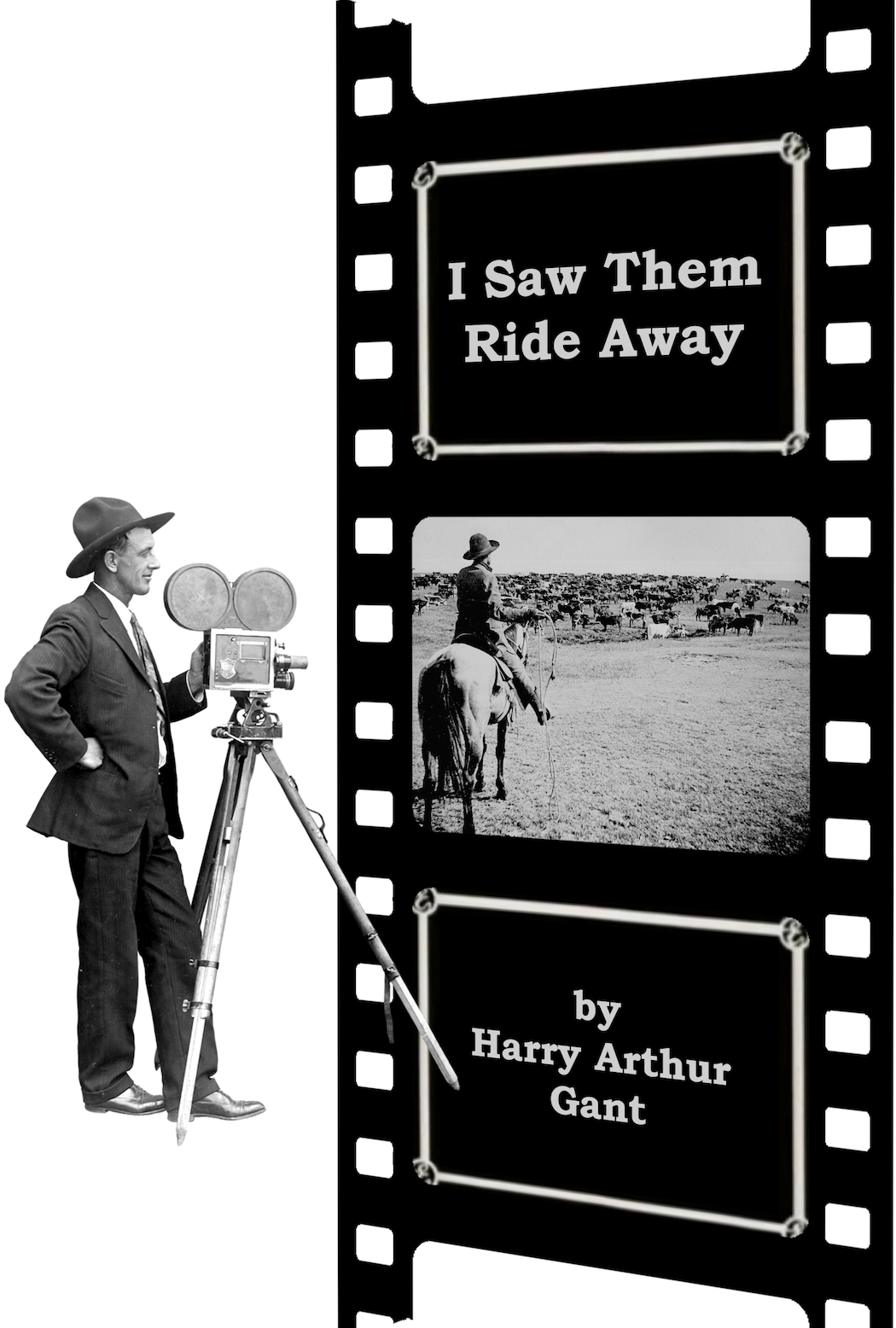 NEW in 2020! Second Edition with additional material by Mike Blackstone

Harry Arthur Gant lived at the intersection of the Old West and the New West.

He was a cowboy in Colorado and Wyoming during the 1890s. He saw at first hand the hard work, the hard fun, and the occasional violence of that place and time. He knew cattle barons and horse thieves, con men and hustlers. He learned something from every aspect of this life, to make the best living he could. As civilization spread through the Old West, he participated in and organized the Wild West Shows that helped perpetuate the legends of that country. He had a reputation as a guy who could get things done.

When the first movie makers came around, he soon became indispensable to them, and then followed them to the New West. With a new set of skills, he was a cameraman, actor, and director in the silent film era, he helped perpetuate the new form of legend that came out of Hollywood. He knew stars and extras (before they were called extras), more con men and hustlers, movers and shakers.

He kept a soft spot in his heart for the men he knew best, the men of the Old West behind the legends. He tells his story with a distinctive mix of Old West plain speaking and New West sophistication, with the rough edges left on. This memoir spans two of the most fascinating parts of America’s past.

This second edition combines Harry Gant’s original two-part memoir with a third part describing his “footprints in the sands of time.” This material is based on a separate book The Making of ‘I Saw Them Ride Away’, which was published in 2010. This edition contains much more material and is cross-referenced to the original memoir. This combination should be a rich resource for students of these two eras.

The pictures and other media from the book are available for viewing online, larger and with better quality than the printed versions.